Home » Alaska Wildlife We See On Our Fishing Charters

Alaska is truly the last frontier and is a wild and yet untamed wilderness. We have the privilege to live on the edge of this wilderness and we often have the opportunity to see Alaska wildlife up close and personal. Alaska wildlife is plentiful along the rivers of the Mat-Su Valley.

The moose (Alces alces) is the world’s largest member of the deer family. The Alaska race (Alces alces gigas) is the largest of all the moose and will most likely be the most common Alaska wildlife you will see. Moose are generally associated with northern forests in North America, Europe, and Russia. In Europe they are called “elk.” In Alaska, they occur in suitable habitat from the Stikine River in the Panhandle to the Colville River on the Arctic Slope. They are most abundant in recently burned areas that contain willow and birch shrubs, on timberline plateaus, and along the major rivers of Southcentral and Interior Alaska. READ MORE

Brown bears (Ursus arctos) occur throughout Alaska except on the islands south of Frederick Sound in southeastern Alaska, the islands west of Unimak in the Aleutian Chain, and the islands of the Bering Sea. They also occur in Canada, Asia, Europe, and in limited numbers in a few western states. Brown bears are very much a part of the Alaska scene and are a favorite topic with most hunters, hikers, photographers, and fishers. READ MORE

Black bears (Ursus americanus) are the most abundant and widely distributed of the three species of North American bears. They have been recorded in all states except Hawaii. In Alaska, black bears occur over most of the forested areas of the state. They are not found on the Seward Peninsula, on the Yukon-Kuskokwim Delta, or north of the Brooks Range. They also are absent from some of the large islands of the Gulf of Alaska, notably Kodiak, Montague, Hinchinbrook and others, and from the Alaska Peninsula beyond the area of Lake Iliamma. In Southeast Alaska, black bears occupy most islands with the exceptions of Admiralty, Baranof, Chichagof, and Kruzof. These are inhabited by brown bears. Both species occur on the southeastern mainland. Black bears are most often associated with forests, but depending on the season of the year, they may be found from sea level to alpine areas You can learn more from an Alaska Wildlife Guide. READ MORE

The Bald Eagle (Haliaeetus leucocephalus) of Alaska’s waterways and the soaring Golden Eagle (Aquila chrysaetos) of the Interior are two of this state’s most magnificent birds of prey adn are perhaps one of the most common subjects of Alaska wildlife photos. Long valued for their aesthetic beauty, eagles are now recognized for their biological importance as scavengers and predators in the natural environment. These raptors deserve our protection and respect. READ MORE

The wolf (Canis lupus) occurs throughout mainland Alaska, on Unimak Island in the Aleutians, and on all of the major islands in Southeast except Admiralty, Baranof, and Chichagof. This range includes about 85 percent of Alaska’s 586,000 square-mile area. Wolves are adaptable and exist in a wide variety of habitats extending from the rain forests of the Southeast Panhandle to the arctic tundra along the Beaufort Sea. Presently wolves are common over much of the state with densities as high as about one wolf per 25 square miles in favorable habitats. Densities are lower in the coastal portions of western and northern Alaska. Although the distribution of wolves has remained relatively constant in recent times, their abundance has varied considerably as prey availability, diseases, and harvests have influenced their numbers. READ MORE

The red fox (Vulpes vulpes), is the subject of many stories, songs, fables, and parables. Its flashy good looks and its ability to live close to people and their varied activities have undoubtedly contributed to this notoriety. Probably a more important reason is the fox’s reputation for cunning and intelligence. Several English expressions testify to the fox’s wily mind: “sly as a fox,” “foxy,” “outfoxed,” and “crazy as a fox.” Actually, the red fox has well developed senses of sight, smell, and hearing, which are responsible for much of its reputation. READ MORE

The beaver (Castor canadensis) is North America’s largest rodent. The beaver’s scientific name is descriptive of the castor glands which are located near the base of the tail. Castor is a strong-smelling, oily substance that is attractive to many animals. The beaver is found throughout most of the forested portions of the state, including Kodiak Island where it was introduced in 1925. READ MORE

The porcupine (Erethizon dorsatum) is second in size only to the beaver among rodents of Alaska and has the northernmost range of all the world’s porcupines. There are few fossil remains of the porcupine and its immediate ancestors, but evidence indicates that they have only been a part of the North American fauna since three million years ago when they immigrated north from South America. The porcupine is found throughout all of Alaska except the Alaska Peninsula and Kodiak, Nunivak, and St. Lawrence islands. READ MORE 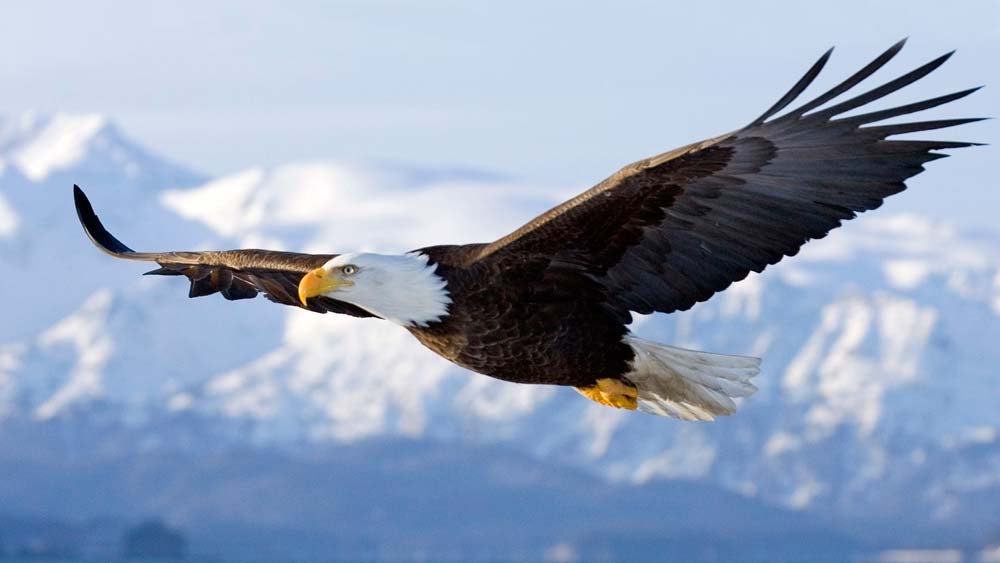